We all might be on the precipice of a Shyamalanaissance — no, we are not talking about some otherworldly event that is about to galvanize some metaphysical change in the world. We speak of M. Night Shyamalan’s homecoming: his return to critical acclaim, so to speak. After a decade of creating less than stellar work, the director, who is of Indian ancestry, crawled back to his low-budget origins for his 2015 movie The Visit. It is a brilliant thriller that serves true to Shyamalan’s art form of ambitious twists that will undeniably remind it audience of his past works of genius, such as Signs and The Sixth Sense. 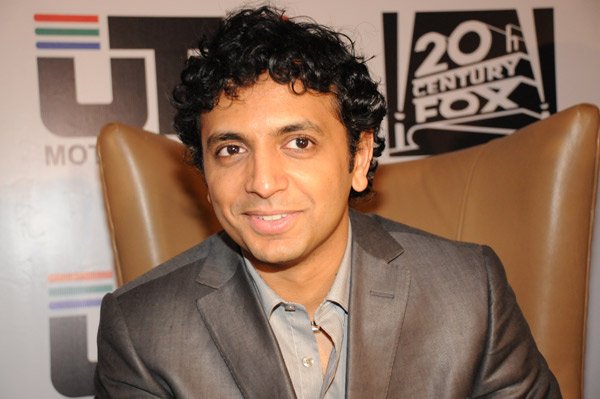 His new movie, Split, was released earlier this year and was welcomed by fans with a frenzy. Split is a psychological thriller that stars the amazing James McAvoy as a murderer with 23 different personalities and we couldn’t be happier about it.

There has been a number of articles that talk about M. Night Shyamalan’s best and worst movies to date, but who is to say which movies are the best and worst, respectively? It’s all a matter of perspectives, right? And, frankly, who has the time? This is why in this article, you will only get to read about the director’s best works. Here goes…

Even though we know that this movie pretty much speaks for itself, we will tell you all the ways that we love it anyway. The movie features a very young Haley Joel Osment and a dapper Bruce Willis. Set in a disturbing atmosphere, The Sixth Sense was a certifiable marvel the moment it hit theaters in 1999. Every moment in the film was well thought out, from the harrowing scene wherein Cole was locked in a tiny closet with an abusive ghoul, to the spine-chilling one wherein all the kitchen drawers and cabinets open all at once. You literally cannot take your eyes off the screen.

The Sixth Sense is the film that defined M. Night Shyamalan’s profession and its extensive success proved to be a double-edged sword. While it bequeathed onto him the “brilliant young director” label, it also characterized his peculiar style as a writer to the degree that his succeeding movies were all plagued by the reverberations of The Sixth Sense’s triumph. If there is a moment that magnificently depicts the perils of an artist’s success, it is this — M. Night Shyamalan effectively created a brilliantly scary film that is both timeless and unforgettable, and then toiled most of the succeeding years trying to recreate that same kind of achievement with swiftly waning revenues.

This movie is deemed to have M. Night Shyamalan’s best overall script, which is probably because that this one is perhaps the first of his stories that is not totally entangled with his archetypal subjects, such as his personal experiences or faith. It is somewhat a genre meditation, and the thing he achieved here is the superhero film, which is interesting at the time since it was once again marketed as a supernatural thriller.

This film, conversely, is ultimately more of a drama and a rather good one in its melancholy. Although it never fully touches on what Bruce Willis’ character is capable of, the way it showcases his effervescing consciousness of his super powers is both disconcerting and enthralling. The way he portrayed Samuel L. Jackson as an anatomically fragile villain is equally captivating as well. One also cannot discount the fact that this was the type of pseudo-superhero movie that no one had ever done before, earning M. Night Shyamalan big points for originality.

Unbreakable documents how Bruce Willis’ character essentially just coasted through most of his life without fully realizing his potential, leaving you to question your own unrealized strengths as well. This is fundamentally why most people watched the film and made them love it.

If there are five things that M. Night Shyamalan is known for, they are strong B-movie sci-fi, supernatural horror, family drama,spirituality, and creepy children. All of those things come together spectacularly in Signs. Considered as one of the three movies that comprise the golden era of Shyamalan’s legacy, he gets it all right with this one the most.

Even though the whole plot centers on an extraterrestrial invasion of Earth, the overall story takes a more intimate turn. The members of the Hess family are distressing over a predicament that involves their faith. Its main character, played by Mel Gibson, is a priest who left the world of divine servitude following the death of his beloved wife. He lives with his brother’s children on a farm when crop circles start to appear on their land as well as on other properties all over the globe. This occurrence has led them to become obsessed with the possibility of an alien attack, which is then confirmed during one of the most traumatic scenes ever — the Brazilian birthday scene. This is when all hell breaks loose, leaving the whole family with no choice but to prepare to defend themselves.

Split is by far the most deserving of the phrase “return to form” than M. Night Shyamalan’s The Visit. It is a story about three young women being abducted by a man, played magnificently by James McAvoy, suffering from the claws of 23 different personalities living inside of him, some plagued with a brand of vindictiveness that most lack. McAvoy’s portrayal of Kevin and all the other personalities living inside him is an art form that most actors lack, which is why it is very hard to imagine that role being played by someone else. This film, much like Psycho and Vertigo, is suggestive of all Shyamalan’s Hitchcockian inspirations and is shot rather beautifully. All of its audience are treated to a visual feast that the director has failed to replicate for more than a decade. The only issue is that the concluding scenes do not pay much of the needed attention to the arcs established for each of its characters. However, it is quite refreshing to witness an M. Night Shyamalan film that is generously free from an earth-shattering plot twist that would redefine the whole story.

This 2015 M. Night Shyamalan movie is the least serious presentation he’s ever given his spectators, which we think is for the best. What is meant to be a horror movie about children being terrorized by the weird grandparents who they have never met before finds a degree of triumph as a funny horror–comedy on numerous points. The Visit features above-average performances by its teenage lead cast members, which is more than enough for the movie to reach acceptable levels for varying movie tastes. What makes it even more interesting is the fact that the movie sort of ridicules M. Night Shyamalan’s past storytelling archetypes, as if it is the director’s way of saying that he has come to understand and agree with past criticisms of his pretentiousness. Nevertheless, it is the most amusing movie that M. Night Shyamalan has made in a while — it being less of a serious undertaking and more of a pulpy picture that shares some similarities with Devil, perhaps executed better and with better portrayals by its cast members.

Watching these movies has been a joy for us, which why it is completely understandable if you want to see them right now, too. Jack up the whole experience with an amazing multimedia system equipped with great additional hardware and you’ll be thanking us later.

A walk-in bathtub could make bath time safer and easier