When it comes to what goes into the stomach, so many people like to be their own judge on what is healthy or not. Most times our decisions stream entirely from ignorance of what makes up an unhealthy meal. While in certain cases, we just can’t control our cravings for sweetness and pleasure, even when we know it’s a guilty food. If you don’t want to pack more pounds than you can bear (overweight) or end up with a serious disease, then you need to start looking into the kind of splurge food you consume.

Below is a list of some of the worst products you should rarely eat or avoid altogether.

With its healthy combination of dried fruits, nuts and oats, Granola doesn’t look like a baddie you should remove from your food splurge. However, what you don’t know is the huge amount of sugar and calories lurking inside it. Just a single bowl of granola alone may contain up to half a thousand calories or even more. Think about what happens when you add the milk. Now you know.

If at all you can’t get rid of your cravings, then don’t consume more than the recommended portion.

The good thing about canned soups is that they are convenient anytime. You don’t have to stress a muscle preparing anything. But here is what you may not know-like every canned food, canned soups contain sodium and fat. And even those ones that appear to contain less of these chemicals are still unhealthy.

Most canned soups available in the market have an average of 400 mg of sodium per cup, which is quite a lot for one person. Canned food is easily associated with bloating, high blood pressure and unusual weakness,

Meat loses a lot of nutrients when processed. In fact, it has been discovered that people who consume processed meat are easily susceptible to serious diseases like diabetes and colon cancer. This is because of the huge amount of cholesterol, fat and salt often present in such products.

But then, it is easier said than done. So if it’s not possible to completely remove such meats from your diet then you may want to buy those without so many bad ingredients. You’re likely to get such products from local sellers.

Don’t be deceived by all the “fat-free” or “low-fat” jargons. It is just a technique most companies use to make their unhealthy food products appear otherwise to the public. So watch out for the trap.

Low-fat, fat-free, or whatever fat yogurt they call it is really bad and not meant for your consumption. Though most of them frequently have low fat, they amount of sugar they contain is alarming. Just a single 6-ounce serving can contain 15 grams of sugar or more. Now that’s a lot for one person!

Microwave popcorn is one of the “light” foods most of us readily cling to when having a good time. Though it looks healthy and obviously convenient, it’s still one of those foods you want to avoid. We all know how bad sodium can be to the body. Unfortunately, microwave popcorn got lots of it; not just sodium, but diacetyl which is pretty unhealthy too. Even popcorn bags are also bad. Most of them are lined with some kind of acid that is known to be associated with cancer and fertility.

Although soda is quite popular as a baddie, unfortunately most of us still can’t do without its sweet taste. A single bottle can contain as much as 10 teaspoons of sugar or even more. And still some people take it every day!

We all know that frequent consumption of the hyper sugary drink is easily associated with overweight. But what you may not know is that it can also cause diabetes and pancreatic cancer which are all very serious disease. So if you had better start dealing with that sugar craving you got there.

Fries and chips look healthy especially when you consider the sources they come from. But it may shock you to know that most of these products contain a lot of calories, especially French fries and potato chips. Although potato in its normal “white” state contains a lot of nutrients, however, when fried, certain substances are formed which are not healthy. So it’s better to boil your potatoes if you must consume them or better still you can opt for nuts or carrots.

Although generally considered as a better alternative to butter, Margarine is one food you may want to delete from your diet pan if you haven’t. As good and genuine as it looks, margarine is not healthy and is better left out completely from food splurge.

Do you know trans-fat? If not, then you should know it’s a bad type of fat that can rapidly increase the cholesterol level in your system, and also damage the walls of your blood vessels. Unfortunately, margarine contains loads of trans-flat, which puts you in danger if you start consuming it. Although there are still certain margarine products that are trans-fat free, there are very few in number. Instead of searching out such products, you can easily go for other healthy alternatives like coconut or olive oil. 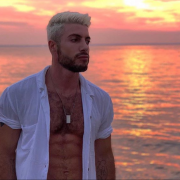 William Benetton loves to travel and write about all kinds of sports. Also, few months ago he designed his first website and if you are interested in you can see his web-design project right now. He can't imagine his life without travel, sport, self-improvement and sweet coffee.

Safety weapons and surveillance cameras for your protection